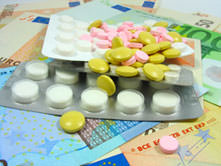 Florida Statute 893.303 is entitled “Standards and Schedules.”  Under this statute, all controlled substances are classified as being Schedule I, Schedule II, Schedule III, Schedule IV or Schedule V.  What “schedule” a “controlled substance” falls under depends upon that substance’s potential for abuse, whether there is any accepted medical use in treatment in the United States, and the level of harm caused by abuse of the substance.  The differences between the schedules are explained below:

Schedule I – A substance is Schedule I has a high potential for abuse and has no currently accepted medical use in treatment in the United States and in its use under medical supervision does not meet accepted safety standards.  Examples include Cannabis (Marijuana), Heroin, Lysergic Acid Diethylamide (LSD), and Gamma-Hydroxybutyric Acid (GHB).

Schedule II – A substance in Schedule II has a high potential for abuse and has a currently accepted but severely restricted medical use in treatment in the United States, and abuse of the substance may lead to severe psychological or physical dependence.  Examples include Opium, Opium extracts, Hydrocodone, Morphine, Oxycodone, and Cocaine.

Schedule III – A substance in Schedule III has a potential for abuse less than the substances contained in Schedules I and II and has a currently accepted medical use in treatment in the United States, and abuse of the substance may lead to moderate or low physical dependence or high psychological dependence or, in the case of anabolic steroids, may lead to physical damage.  The main “controlled substance” for this schedule is all of the various anabolic steroids.

The type of “controlled substance” and its weight can affect the severity of the charge and the punishment associated with that charge. If the weight reaches a certain threshold, penalties for “Drug Trafficking” are triggered, regardless of whether the substances are being bought, sold, transported, or simply in that person’s possession. Please see the Drug Trafficking Penalty Chart

In many of the situations involving a “drug possession” charge, the client will tell me, “It wasn’t mine”; “It belongs to my brother”; or “ … a friend left it in my car.  All of these explanations may, in fact, be true.  Unfortunately, none is a valid defense to “Possession of a Controlled Substance” because “possession” does not mean “ownership.” Granted, “ownership” is one way to prove “possession”, but it is not required.  There are other ways to do it.
In order to prove that a person is in “possession” of a “controlled substance”, the prosecutor must be able to prove the element of “possession.”  Under Florida law, “possess” means “to have personal knowledge of or exercise the right of ownership, management, or control over the thing possessed.”

Under Florida law, “I didn’t know what it was” is a much stronger defense than “I knew what it was, but it doesn’t belong to me.”

A second line of defense relates to the behavior of law enforcement in detaining or arresting the client, and the search of the client, his possessions, or his vehicle. There are certain rules that must be followed when law enforcement detains and searches and individual.  In some situations we are able to show that the client’s Fourth Amendment Constitutional rights were violated because law enforcement engaged in an unlawful detention, search and seizure.