“Driving Under the Influence” or “DUI”, as it is commonly known, is defined in Florida Statute 316.193.  According to that statute:

A person is guilty of the offense of driving under the influence … if the person is driving or in actual physical control of a vehicle within this state and: 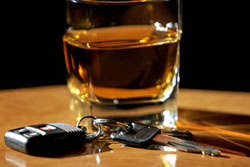 The element of actual physical control can be met with a person in the driver’s seat of the vehicle, regardless of whether the keys are in the vehicle ignition.

Whether a person is, ultimately, “Guilty or “Not Guilty” of “DUI” will depend on the strengths and weaknesses of the following evidence:

This is often very subjective because it is rare that it is captured on video by law enforcement.  In the unlikely case that the person’s driving is on video, then the prosecutor, judge, and jury will have a clear picture of what the officer was seeing prior to a traffic stop.  Bad Driving is a key factor in whether a jury will or will not find a person “Guilty” of “DUI.”

Unfortunately, in most cases, there is no video detailing the driving pattern that led to the traffic stop and we are left with the subjective interpretations of the officer or deputy that made the decision to initiate the traffic stop.

Standard operating procedure for most law enforcement agencies is to video record a person’s performance on field sobriety tests.  These tests usually consist of the “Walk and Turn” and “One Leg Stand Test.”  Some officers, depending on the circumstances, will request that the person submit to two alternate tests: the “Finger to Nose Test” and the “Rhomberg/Alphabet Test.”

If the breath test results are .08 or above, the State Attorney’s Office will argue that they have met their burden and proved that a person is “DUI.”  However, there are many situations where the breath test results can be challenged or suppressed.   A careful review of all maintenance documentation for the breath test instrument may show that the machine was “off line” or “taken out of service” at or near the time of arrest.  If this is the case, the machine may have provided a false result.  Jurors, generally, do not feel comfortable finding a person “Guilty” if the intoxilyzer machine has a history of maintenance or mechanical problems.

As with field sobriety test refusals, there are consequences if you do not submit to the breath test.   First, a breath test refusal will trigger an automatic suspension of your driver’s license. Additionally, the prosecutor for your case will argue that the refusal is evidence of alcohol impairment.

The truth of the matter is not all law enforcement officers are created equal.  Some are very dedicated, write detailed reports and testify in a straight forward fashion.  Others are not as dedicated, do not document their reports very well, and testify in court as if to say, “Believe me, he was drunk.  I know it because I was there.”

Often times officers will testify about an individual’s attitude, behavior or appearance at the time of arrest, but the arrest affidavit and police report do not support the testimony.  We have been very successful in critically examining the reports and statements of all witnesses and challenging all inconsistencies in court.

If a person is found to be “Guilty” of “DUI” there are several sanctions that will be part of the sentence.  The number and severity of the sanctions varies with the circumstances of the case and the individual’s record.  The chart below summarizes the likely penalties for “DUI” convictions in the state of Florida and, in particular, Pinellas County. Click here to view DUI Penalty Chart.