It is no secret that Florida has a growing prescription medication abuse problem.   Consider some of the recent statistics: 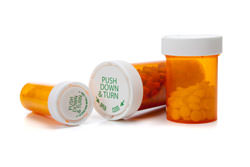 A new pain clinic opened in Broward and Palm Beach Counties on average every three (3) days.
2

The Pinellas County Sheriff’s Office made 243 drug diversion arrests – those involving prescription drugs diverted for recreational use – compared to 83 in 2008.
3

The rate of oxycodone-related visits to emergency room departments

in Broward and Palm Beach counties by people in their 20s is double the national rate.
4

is the number one killer of middle aged Floridians.
5

kills 7 people per day in the state of Florida.

How exactly did we get here?

Twenty five years ago the medical community was reluctant to prescribe opiod medications (i.e. Oxycodone, Vicodin, Oxycontin) for purposes of pain management.  The thought was that these medications, although effective in addressing pain issues, were also highly addictive and dangerous.

In the years since, a shift in favor of “pain management” and “patient quality of life” led the medical community to look at these medications in a different light.  The thought was that if used conservatively and under a doctor’s care and supervision, a patient’s pain levels can be controlled without serious risk of addiction.  Along with the increased use of opiods, physicians increased the number of prescriptions for “central nervous suppressants” (CNS), like Valium and Xanax, and stimulants, such as Ritalin and Adderall.

Along with the change in philosophy of the medical community regarding prescription medication use came the proliferation of medication only “pain clinics.”  Historically, many of these facilities have been “non-physician” owned and are rarely accredited through fellowships and board certification processes.  These facilities have had little state or federal oversight which allows for a continuous supply of controlled substances and increases the number of people dependent upon these medications.

Increased use of dangerous highly addictive medications leads to an increased number of addicts who eventually resort to “doctor and pharmacy shopping” and other criminal behavior to support their addiction.  As a result, we have seen thousands of “prescription medication addicts” in the criminal justice system charged with all sorts of crimes that include “drug possession”, “doctor shopping”, “obtaining controlled substances through fraudulent prescriptions” and “drug trafficking.”

How Do We Fix the Problem?